My knowledge about breast-cancer is that of a layman’s, as I am neither a doctor nor a medical student. I don’t know how it happens or why it happens, but I do know what happens when it happens. I have friends whose mothers had suffered from it. I witnessed what their families had to go through. My friend had to stop her studies for one year because she had to take care of her mother. I saw how frightened and stressed they all were when the chemo sessions were going on. I know how strongly her mother fought. She was bed ridden and had lost all her hair when I saw her after the operation. Another friend’s daily routine almost came to a stop when his mother was diagnosed with breast-cancer. I saw how unsettling it was for his entire family. They couldn’t understand why it happened to her, for she had a healthy life style. I saw how his mother fought it for months.

During that time, I researched a lot about breast-cancer, and understood that it could happen to anybody at anytime. And that’s a serious issue, because women are not as conscious about their health as they should be, specially in Indian society. They are so busy taking care of their homes and families that they end up neglecting their own health. I have seen my own mother and aunts, who forget to take their meals on time just because they would be busy with household chores. I have hardly seen them taking medicine not even when they are ill. In our society, a woman’s health comes after her household’s and family’s responsibilities.
I was horrified to know how its treatment involves severing the breast from a woman’s body. For me, it looked like robbing a woman’s of her feminity. I, of course, cannot imagine what a woman would mentally go through under such situation. I also learned that there is no particular reason which causes breast-cancer. The best we can do is to look for the symptoms which indicates the possibility of it, to nip it in the bud. Here are some of its symptoms.

After seeing my friends’ mothers fighting it, I was so affected that I started checking my own breasts regularly. Even when there is a slight pain or dis-ease, I would stand in front of a mirror and self examine. But, this is a far fetched thing to expect from all women. They hardly get the time to take care of themselves, let alone self examine their own bodies. My grandmother laughed at me when I asked her to check regularly. She said she was too shy to even touch or look at her breasts. My aunt was shy to get her breasts scanned when she had gone for a full body checkup. She asked me if she could skip it, as it is less likely that she would have breast cancer.

So, I know how unaware our society is about this issue. How shy we are to even look out for the symptoms regularly. Awareness is important and necessary, but it has to be in a right way. It is not something to be taken lightly. Maybe that’s the reason why I lost it, when I saw this stupid message bombarding my Facebook messenger last night.

The message was about creating breast cancer awareness. The game is to update one’s status describing their love life through different flavours. This is not new. Every year it circulates on Facebook (only among girls). Last year it was about posting the ‘colour’ of one’s bra as their Facebook status; the year before, it was something equally stupid.
The message was this:

I saw many girls on my friend-list following this. And I wondered if they have actually thought about it. Showing solidarity and standing up for a cause is nobel, but it should create some impact too. Please don’t trivialize this issue, by putting pineapple or apple as your Facebook status. This is not going help anyone. Infact, there is a page on Facebook which asks everyone to stop spreading this message.

Ladies, if you really want to create awareness, then I urge you to do it in the right way. You can talk to women in your family and locality and make them aware of it, you can encourage women to self examine their body, you can invite some doctors to do free breasts checkup drive, you can volunteer for this cause, you can take part in various marathons (eg. Pinkathon) which collect funds for this cause, you can help fund-raise for breast-cancer treatment. A small step from your end will make all the difference.

And most importantly, don’t forget to get yourself checked on a regular basis. 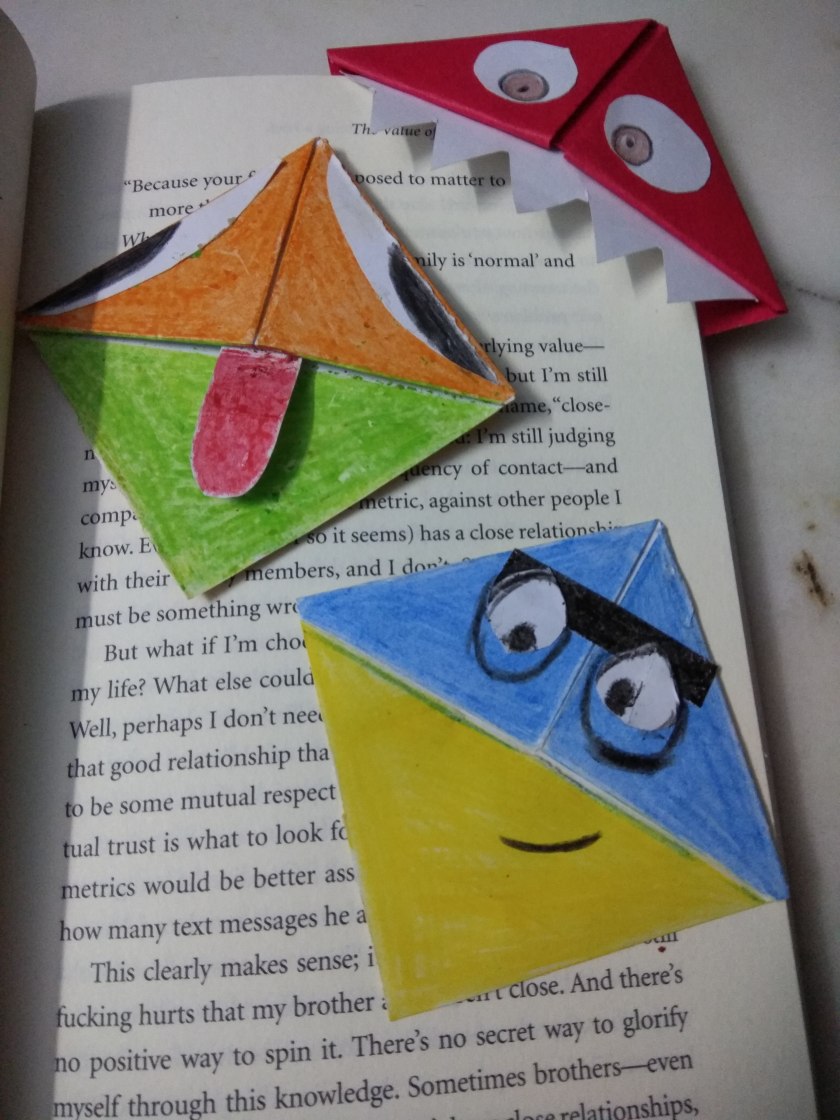 I grew up writing diaries. I used to write about my day-to-day affair at such length that it used to look like someone’s autobiography. I wanted it to be one. Thinking, one day when I become famous, the world would want to know about me. I made sure that I write in nice clean handwriting, so that everyone understood it. I used to pour down my deepest thoughts and secrets without a clue that those entries would find two readers soon- my younger siblings! I came to know about it when, over a fight, they threatened to tell Maa about the love confessions that I had written.

I was a study table person. I used to keep all my important things on my table or in the book shelf. Now the book shelf was open to all, and I had neither my own room nor my own wardrobe. I always had to share it with my siblings. So, the safest place was my table. It was a brown table with its top surface bearing marks of my scribblings and doodlings. It had a drawer without a lock. I never felt the need for one, as I assumed my order to not to touch my stuff was enough to keep my siblings in check. So, when the security got compromised, I felt violated and helpless. I knew I couldn’t make them unread whatever they had read. So, I begged for a new study table with a lock, which would keep my secrets safe. My parents never listened to me. Refusing to give up, I made a plan to take revenge. I tried to find out my siblings’ secrets. But they had new stylish tables with lock system. My sister carried her keys wherever she went, and my brother was too young to have any secrets. So, it was a dead end.

I had forgotten about my intention to take revenge until I unintentionally did. I found a beautiful pair of white heels my brother had secretly bought to give his girlfriend. It was smartly hidden in our shoe shelf, and I accidentally found it. I didn’t tell maa, because I wanted to wear it myself. He didn’t give it to anyone for a long time. It was a torture for me to see the heels sitting there on the shelf new and unused. When I asked again, he said I can take it. It was years later that he disclosed the full story behind the white heels. Once, I came across a love letter tucked inside in one of his books. I clicked a photo of the letter and teased him to post it online. Of course I didn’t plan to, but he really thought I would. But, I did read it aloud to my mother, and we both had a good laugh. I still have the photo in my gmail account.

I returned the favour to my sister as well. Once when my mother asked me to clean her table, I went through all her stuff. I found a small teddy bear with a box in one of her drawers. It had a tiny ring. I knew it was given by her then boyfriend. I kept dropping hints till she knew what I had found. My sister and I got our first cellphone very early in life. I am not a tech savvy person, but she is. When I was still learning about my phone’s settings and all, her’s used to be password protected. Out of curiosity I picked it up when she left it unguard on her bed one day. I read the conversation with her boyfriend and found out a lot of things. I teased her for months.

I lost my habit of diary writing, but in return got so many beautiful memories. Does life have a funny way of making up, of filling the gaps, of forming a full circle or do we have a way of looking at the brighter side restrospectively?